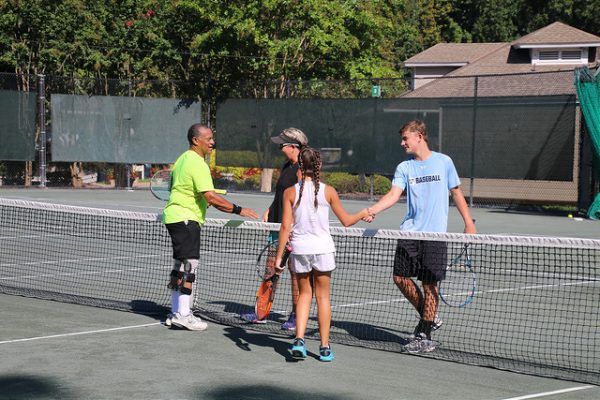 What a great turnout for the Labor Day Adult/Child Tennis Social! It was a hot but beautiful summer morning as the participants competed on the tennis courts. We had a large number of participants who turned out to play as teams consisting of a youth paired up with an adult. 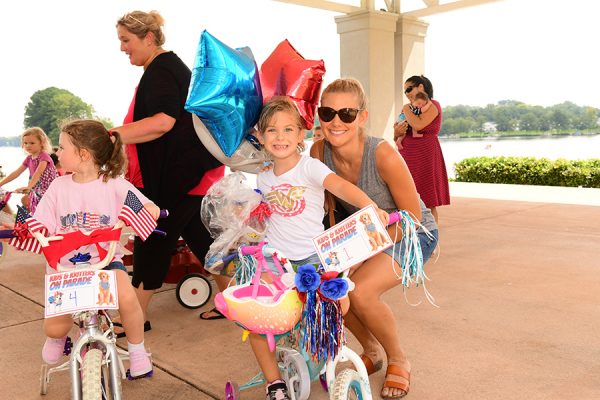 The weather was perfect for the first half of our Labor Day festivities on Saturday, September 1! We had a wonderful turnout for the Fishing Contest. Our little competitors were reeling ’em in almost immediately, and we heard a lot of laughs along the way. Then, the Kids and Kritters 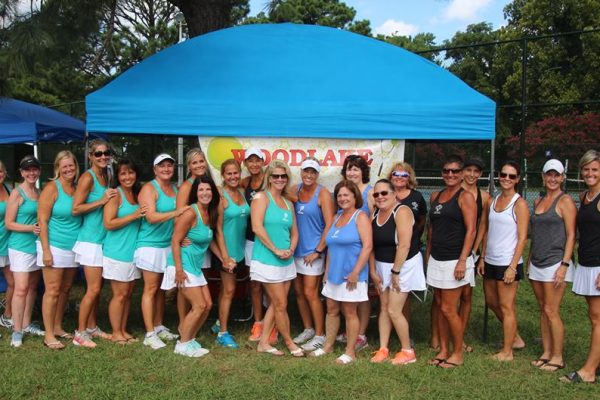 Congratulations to Our Ladies!

Congratulations to two of our Ladies teams who won their flight locally and qualified to play in Regional competition this weekend at Newport News. The ladies all played great and had a wonderful time together! The two teams are the Women’s 40 & Over 4.0 USTA team, captained by Greet 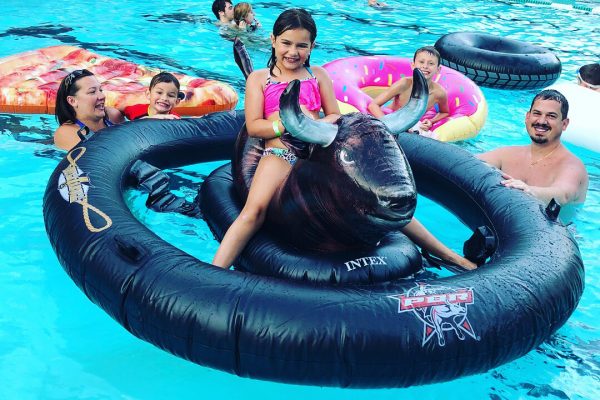 There are only 7 more swimming days left this summer.  Come out and enjoy the outdoor pools while you still can!  See below for a list of all outdoor pool activities for the remainder of the summer. Monday, 8/27, Water Balloon Toss (3 p.m.) and Cornhole Competition (5 p.m.), AFC 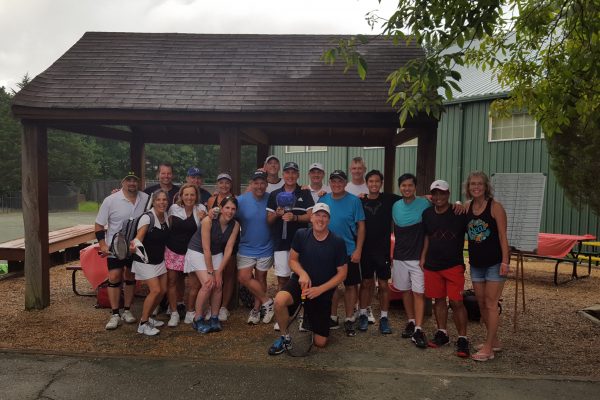 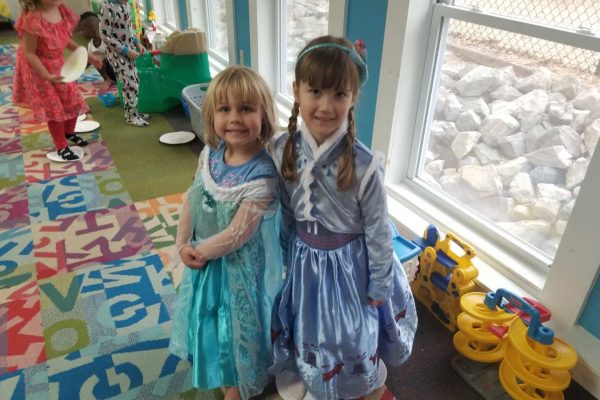 On Saturday, August 11, we had a Frozen good time for our monthly Kids Night Out! We even had a few Frozen Princesses join us for the evening. In addition to going “ice skating,” we had so much fun doing the snow shooter craft. If you want your kids to 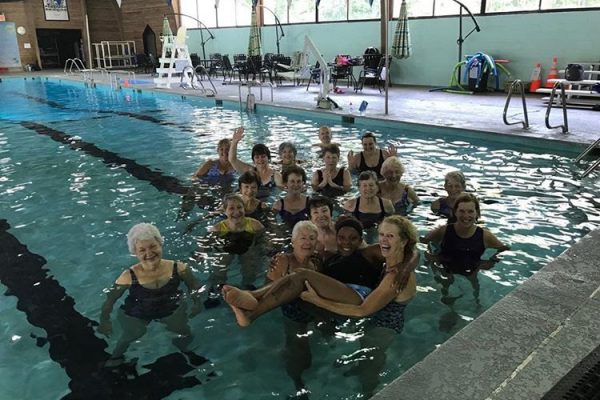 Summer may be coming to a close but now is the perfect time to take advantage of our outdoor classes while the weather is still nice! We have outdoor Stand-Up Paddle-Boarding classes for as long as the weather will allow. We have classes from beginner classes to Pilates on the 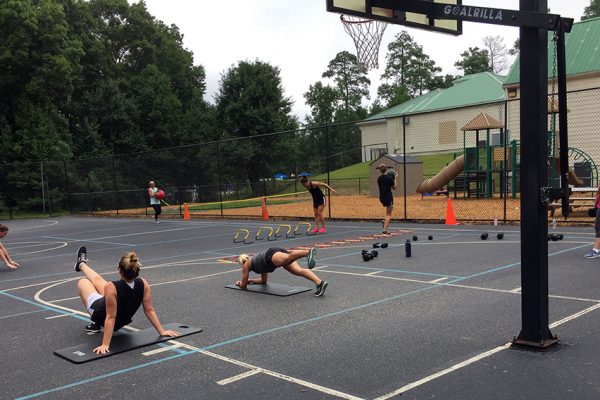 Come join us on Mondays at 9:05am and Thursdays at 9:00am for our Boot Camps! Whether its outside or inside, we will have something for you. We will give you a high-intensity workout that delivers results in a total-body approach, combining sprint intervals, body weight exercises, and high-intensity moves like 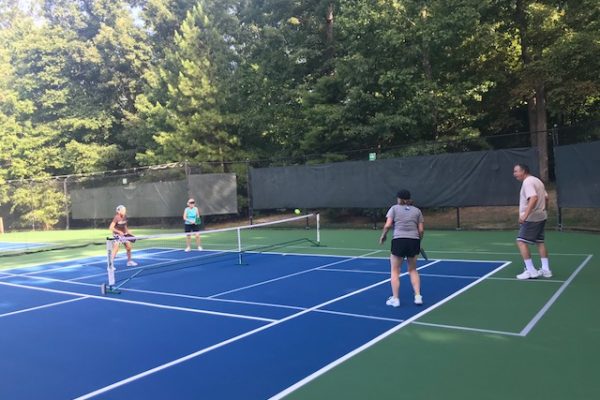 What a beautiful day for Pickleball on the newly completed SRC Pickleball courts. During these hot, summer days, there is even shade to keep you cool! Come and check them out during the 60 day trial period if you have not already done so. The nets will be set up 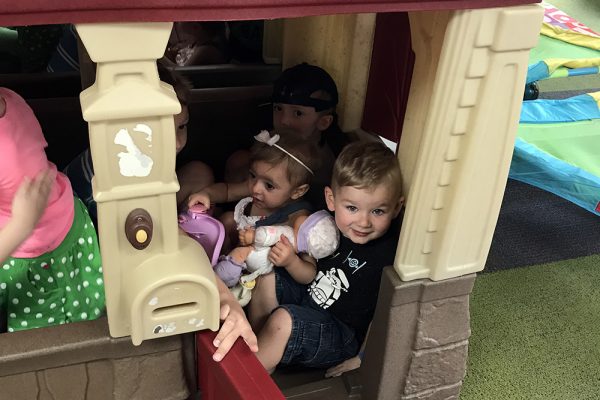 Welcome to the Woodlake Kids Zone and check out the kids in the playhouse having a great time! There’s nothing like having fun with your friends morning to night. Bring your children to the Kids Zone to meet new friends. Don’t forget we also have Kids Night Out the second